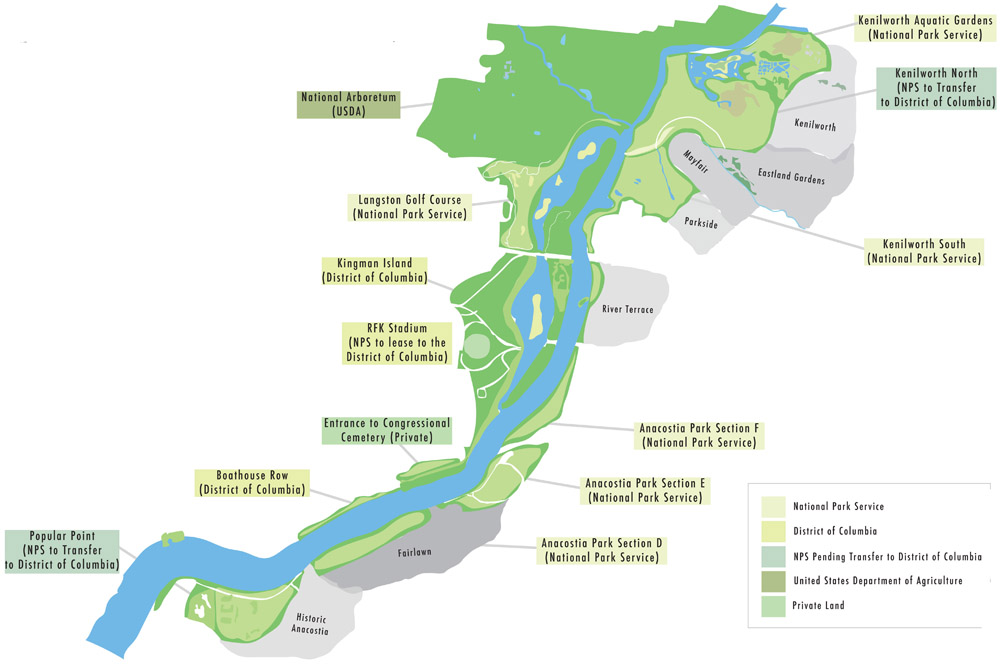 Clean Water is demonstrating what environmental justice looks like in action by organizing among first-line community groups and grassroots leaders in the Anacostia watershed. The Anacostia is an almost 9 mile long river situated among several working class African American neighborhoods and historically black communities in the east end of the greater Washington D.C. metro region. The Anacostia primarily flows through the District’s Ward 7 and 8, (the two most economically and socially vulnerable Wards in the city).

The river starts in Prince George’s County, MD and terminates into the Potomac River at Buzzard Point in D.C.’s Navy Yard neighborhood. Like many urban rivers in the Chesapeake Bay watershed, the Anacostia and the communities (human and non-human) that depend on it, have struggled to recover from the decades worth of industrial changes to the river and surrounding landscapes. Environmental justice in the watershed looks like Clean Water integrating community and ecological advocacy in its D.C. programs by supporting issues and priorities determined by Black residents and leaders based in Ward 7 and 8 through the Anacostia Park and Community Collaborative.

The industrial pollution and dredging in the Anacostia River from both government and commercial actors has a major impact on the health and wellbeing of the ecosystems and predominantly Black neighborhoods of the communities within its watershed. Clean Water and several community groups and grassroots organizations based in the Anacostia Watershed organized the Anacostia Park & Community Collaborative (APACC) to facilitate community-based action and advocacy for the health of the Anacostia river and its neighborhoods.

As fiscal agent of APACC, Clean Water uses its platform as a national environmental advocacy organization to redistribute resources and decision making power about the Anacostia river and its parks to the people that live within the watershed. Clean Water, on behalf of the collaborative, redistributed $58,158 in grants to neighborhood groups and grassroots organizations based in the Anacostia watershed in 2021, including the Anacostia Coordinating Council, the Friends of Oxon Run Park, and Ward 8 Woods Conservancy, and the Fairlawn Citizen’s Association.

Contact us below to become a campaign supporter, and visit this page often for updates.