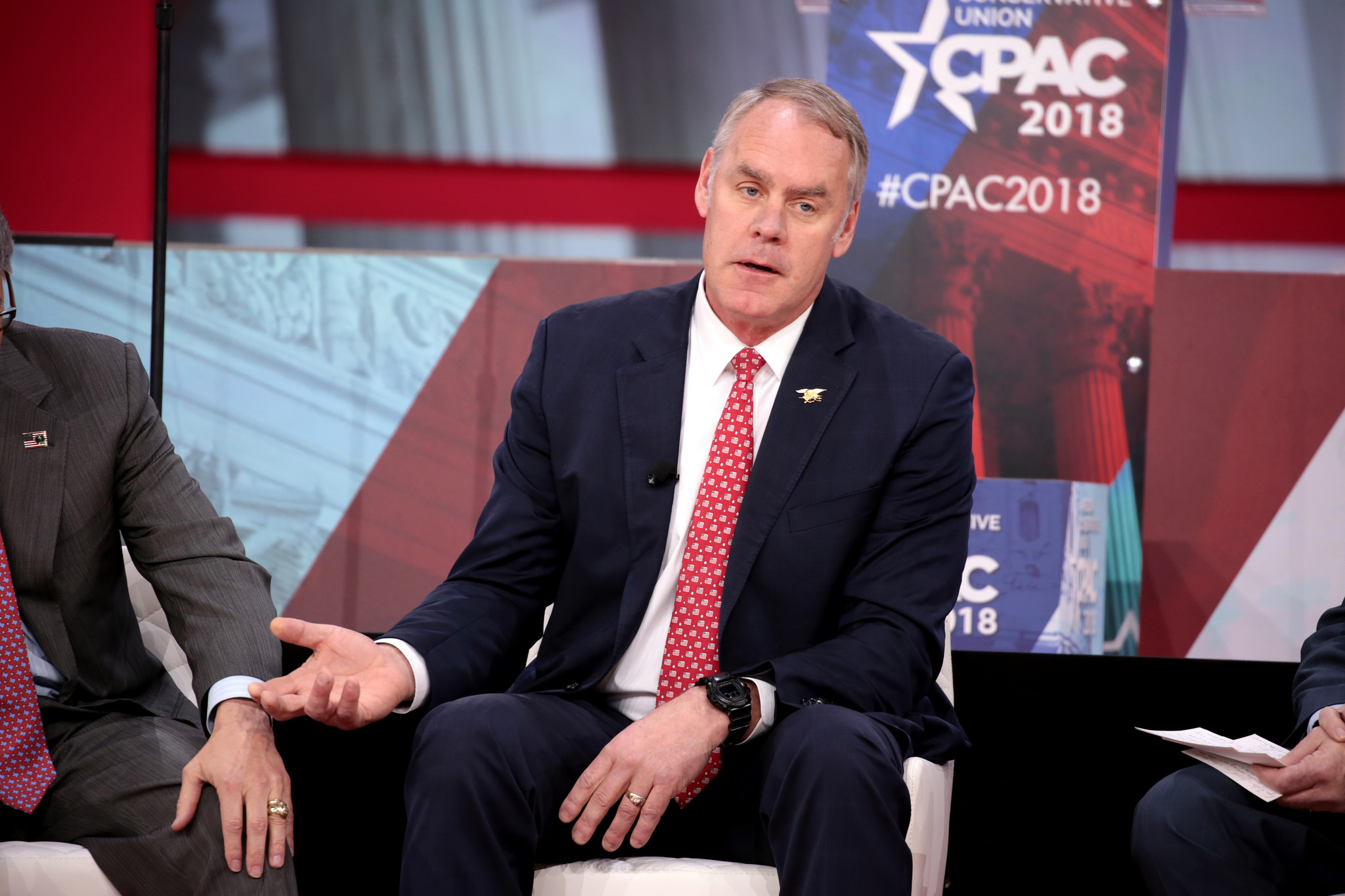 The Misadventures of Ryan Zinke

While Scott Pruitt’s management of EPA – and his attempts to roll back protections for water and health – have been a keen focus for Clean Water Action during the Trump Administration, his counterpart at the Department of the Interior, Secretary Ryan Zinke, deserves some attention too. It’s been exactly a year since Zinke inexplicably rode a horse to his first day of work as Secretary of the Interior – and it’s been a great year for the oil and gas industry, but a bad year for public lands, clean air protections, and government accountability.

The department oversees around five hundred million acres of federal land, and more than one and a half billion acres offshore, but rather than acting as a steward of these resources Zinke has acted time and time again to sell off public lands and coasts to the oil, gas, and mining industries. After a “review” early in his tenure, Zinke recommended – and Trump subsequently acted – to shrink several national monuments, including drastic reductions in protected public land for the Bear’s Ears and Grand Escalante monuments in Utah. Zinke also acted to expedite oil and gas drilling permits on federal land.

More recently, Zinke released a plan to open up all of America’s coasts to offshore drilling. Following public backlash, Zinke initially exempted Florida – but no other state – from the plan. Florida Governor Rick Scott is an ally of President Trump, and Trump’s vaunted “Winter White House,” Mar-a-Lago sits on the the Florida coast.

At the behest of industry lobbyists, Zinke is also gutting a bipartisan plan to save the endangered sage grouse, so that he can open up millions of acres to mining than follow through on the bird’s preservation. In reaction to Zinke’s policies on public lands, and his unwillingness to meet with them, nine of twelve members of the National Park System Advisory Board resigned last month in protest.

In a move that jeopardizes public health and the climate, Zinke has been undermining, delaying, and repealing protections against dangerous methane emissions from oil and gas operations. And, as another handout to the fossil fuel industry, Zinke scrapped a rule that ensured coal companies don’t shortchange taxpayers when they sell coal on the foreign market.

While Zinke has shown himself to be a friend to corporations, he has been less responsive to Native American tribes. His shrinking of Bear’s Ears National Monument is opposed by a coalition of tribes who are working to preserve important cultural and historic sites within the monument’s original boundaries. He has also reneged on the department’s Land Buy-Back Program for Tribal Nations, and halted plans to turn control of the National Bison Range over to the Confederated Salish and Kootenai tribes.

Ryan Zinke’s legacy won’t solely be his disdain for the public good and his efforts to cater to corporate polluters – it will also be a legacy of scandals, ethics violations, and shady behavior. Along with many other members of the Trump Cabinet, Ryan Zinke has taken costly private flights at public expense, including flights that blur the lines between public business, private tourism, and campaign activity. One flight, on an oil executive’s private plane, enabled Zinke to visit the Las Vegas Golden Knights hockey team, which is owned by a billionaire who maxed out on campaign contributions twice during Zinke’s Congressional campaigns. Other trips paid for by the department helped Zinke appear at Republican Party fundraiser in the Virgin Islands and a fundraiser at a Montana ski resort. Zinke is under multiple investigations for these trips.

In the midst of Republican efforts to  repeal the Affordable Care Act, Zinke notoriously called Alaska Senator Lisa Murkowski – a holdout on healthcare – and noted that Donald Trump was unhappy with her position. Since Interior oversees 55 percent of Alaska’s land, this was widely seen as a veiled threat to Murkowski’s agenda and resulted in another investigation by Interior’s Inspector General.

Yet another investigation into Ryan Zinke is looking at whether he violated campaign finance rules when his dormant congressional campaign committee sold a used motor home at a steep discount to a Republican candidate in Montana.

And in December, the head of the U.S. Geological Survey's energy and minerals program said he was resigning from that agency within the Interior Department because data from an Alaska energy assessment was provided to Zinke “several days in advance of the information’s public release, in contradiction of my interpretation of USGS fundamental science policy.”

Despite the myriad reasons why Interior staff would be concerned – his giveaways to industry, his disregard for Native American tribes, and his lack of ethics – Zinke had a different theory. In September, he said of dissent among his employees, “I got 30 percent of the crew that’s not loyal to the flag.”

After a full year of using his position to increase corporate profits, take costly private trips, sell off our public lands and coasts, and jeopardize public health, it’s understandable that Ryan Zinke’s only defense is to question the loyalty of his critics.