Coming Soon to a River Near You? Legislature Enables Dumping of Frack Wastewater into Surface Water

With the recent passage of HB 2771 by the Texas Legislature, oil companies may soon be discharging fracking wastewater into rivers and streams that millions of Texans use for swimming, fishing and drinking. This wastewater is a by-product of drilling operations that brings highly saline “produced water” to the surface along with crude oil and gas. The water also contains toxic chemicals used to facilitate fracking.

HB 2771 charges the Texas Commission on Environmental Quality with drafting regulations for the discharges and securing approval from the US EPA by September 2021. Although the new law ostensibly requires the water to be treated, many of the chemicals used in fracking are unknown to the public because companies are allowed to hide that information as “trade secrets.” This makes it impossible to know if the rules will be genuinely protective of our waterways.

Currently most wastewater is returned underground in injection wells, but the industry is looking for more options in wake of the fracking boom in the Permian Basin and elsewhere. Clean Water Action remains opposed to HB 2771 and will monitor TCEQ rulemaking and EPA’s response carefully, with the goal of protecting our drinking water sources.

Kinder Morgan, a multibillion-dollar energy company, is using its power of eminent domain to build a pipeline to move massive amounts of frack gas from the Permian Basin in West Texas to refineries on the gulf coast. The route runs through the Edwards Aquifer recharge zone, drinking water supply for 2 million people. Numerous landowners, cities, counties, and water conservation districts along the route are opposed. The Texas Railroad Commission has oversight over pipelines like this one but consistently puts the interests of the oil industry above public health and the environment. Clean Water Action has joined the Move the Pipeline, Save the Water! coalition in opposition to this project, and we invite our members to do the same. 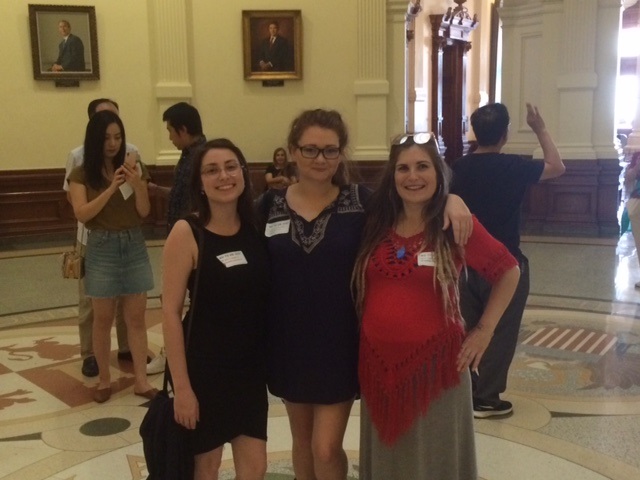 Some Landmark Wins, Some Notable Losses

The 86th session of Texas Legislature is now behind us, and Clean Water Action and our allies were able to score a few notable victories for the environment and defeat some very bad proposals. But we were not able to stop the oil industry from opening the door to discharging frack wastewater into surface water, criminalizing non-violent protests against pipelines and other so-called ‘critical infrastructure, or stifling efforts to limit its ability to ram pipelines through the property of unwilling landowners using its power of eminent domain. Below is a brief summary of the outcomes:

Victories: Flood control: Passed with Hurricane Harvey and other damaging storms in mind, SB 7 directs the Texas Water Development Board to produce regional and state flood control plans at 5-year intervals. Thanks to the efforts of conservation groups, these plans must include ‘natural flood control strategies’ (such as preserving wetlands or prairie lands), not just dams, pipelines, etc. These natural systems can reduce damage by giving floodwaters a place to go and preserve critical ecosystems. Voters will need to approve a constitutional amendment this November to draw $1.7 billion from the state’s rainy day to fund these projects.

Parks Funding: SJR 24 offers a constitutional amendment which if approved by voters in November will earmark for parks all revenue collected from the sales tax on sporting goods items; since 1993 more than half of this revenue has been diverted for other purposes. 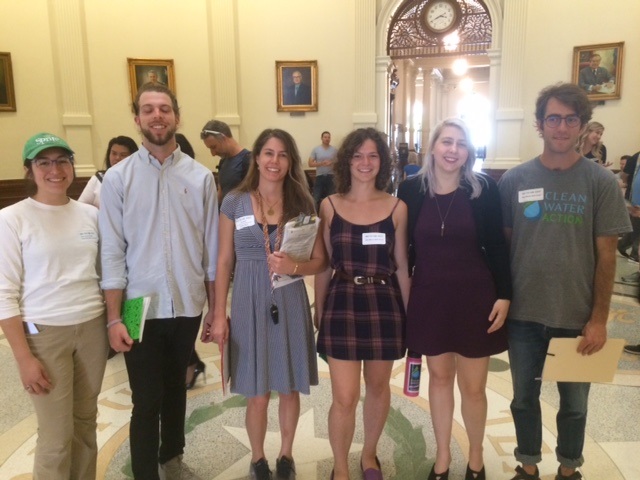 Air Quality: HB 3745 assures that revenues collected under the Texas Emissions Reduction Plan are actually spent to clean up our air — e.g. by retiring aging diesel engines — rather than siphoned off for unrelated projects. Many Texas cities remain out of compliance with federal clean air standards.

Renewable energy: Clean Water Action and our allies defeated efforts that would have eliminated tax benefits for our growing wind and solar industries but preserved them for the oil industry, and helped kill a bill for a study of the alleged harmful impacts of renewable energy on our state’s electrical grid.

Setbacks: Oil and gas emerged from the session as a big winner, passing two measures over the opposition of environmentalists and killing another measure that enjoyed wide support among landowners. 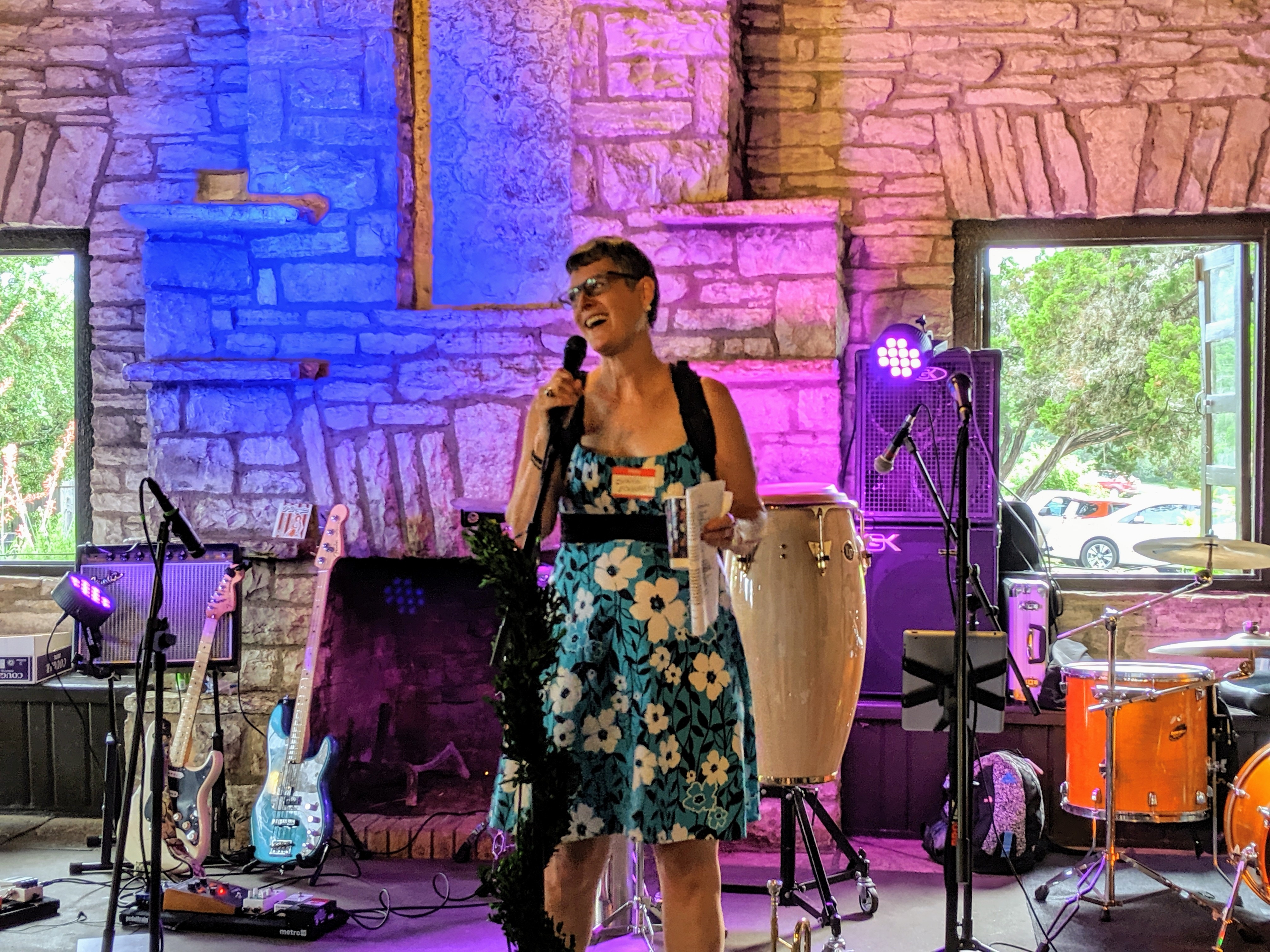 Thanks to our supporters, sponsors, and auction donors for making this year’s Spring for Water celebration our most successful fundraising event to date. About 90 guests braved the threat of rain to take in the splendid view of downtown Austin over Lady Bird Lake from the Zilker Clubhouse in Austin, and bid on more than 100 silent auction items, danced to the Latin Funk of Ex Romantika, and heard Travis County Judge Sarah Eckhardt speak on our shared efforts to protect the environment. Make a plan to join us in 2020!

The year 2019 presents a rare opportunity for Austin to address two critical challenges that climate change presents: acute water shortages during times of drought and increased flooding during times of rainfall. Implemented properly, the city’s revived overhaul of its land development code (LDC) and its recently-approved long-range water supply plan (Water Forward) can address both challenges and help build a climate resilient city.

Experts project that climate change will lead to longer periods of hotter, drier weather, with more water lost to evaporation from area reservoirs. However the warming of waters in the Gulf of Mexico is also putting more water vapor in the atmosphere, leading to heavier rainfall during storms when they occur. This is the “new normal” that Austin must confront.

Last November the Austin city council approved Water Forward, an ambitious plan to meet water supply needs over the next 100 years. Water Forward envisions increased conservation initiatives (such as replacing water intensive plantings with drought tolerant natives), repairs to leaky pipes, and expanded use of reclaimed water (where sewage is treated to non-potable standards and used for irrigation, chilling towers, and toilet flushing). Aquifer storage and recovery (ASR) is a cornerstone of the plan, which will take water from the Colorado River during times of heavy flow and store it underground — where it is not subject to evaporative losses — for retrieval when needed. Water Forward also calls for new building standards so that AC condensate, rainwater, and eventually greywater and treated blackwater (sewage) can be used onsite for non-potable needs.

The city has also recommenced the overhaul of its LDC, with a final code to be approved by the end of 2019. The LDC will through zoning direct where density can and cannot go; but it can also direct developers to install ‘nature-based’ water quality and stormwater controls such as bioswales, green roofs, and porous pavement, in new projects. These strategies filter and retain water onsite, instead of allowing it to rush into area creeks and contribute to flooding and erosion. Capturing rainwater and stormwater in cisterns also opens up the possibility of meeting non-potable water needs such as irrigation and toilet flushing. Properly designed buildings can supply some of their own water and help meet the demands of a growing city. 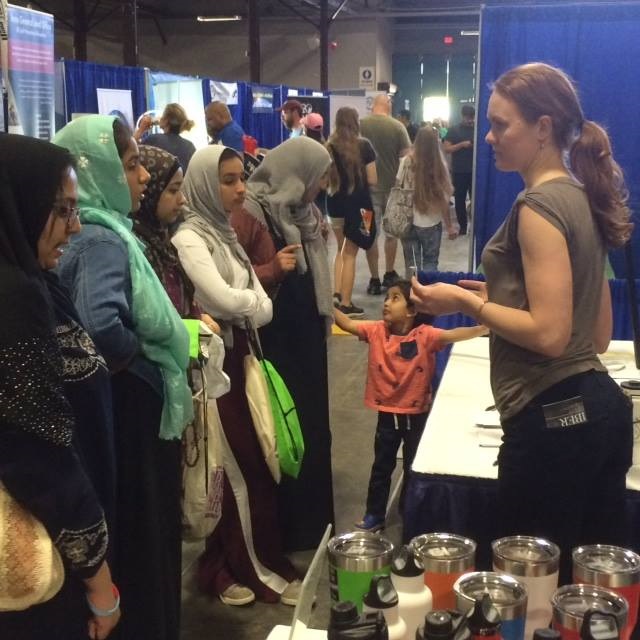 City council has given staff explicit direction to coordinate the LDC re-write with Water Forward to reduce demand, opening the opportunity to create synergies between the two. Done right, Water Forward can expand supply to include non-traditional sources like stormwater and greywater, and the LDC can prod new development to be designed in a way that exploits these sources on-site while reducing flood risk. Clean Water Action and our allies are working to ensure that this is exactly what happens.

Clean Water Fund is a proud participant in the annual EarthX event at Dallas’ Fair Park, and this year we collected hundreds of comments from visitors objecting to EPA’s rollback of Clean Water Act protections. EarthX is the largest Earth Day celebration on the planet with tens of thousands of visitors each year. State Director David Foster led a panel discussion on water security and also made an ‘EarthX Talk’ on household water conservation. We hope you can join us at EarthX 2020!