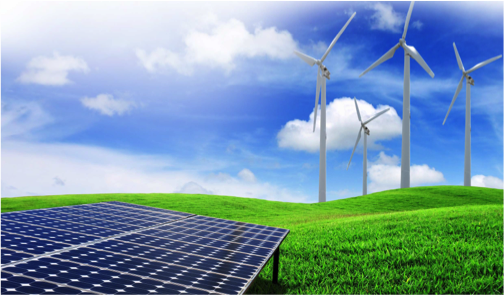 Climate change is one of the greatest threats facing our planet, our country, and our beloved bay state. We have all been warned about rising sea levels, increased intensity of storms, shortages of fresh water, harmful health effects, droughts, etc. Massachusetts has adopted the mission of combating climate change and reducing its impact  through the Global Warming Solutions Act which calls for  a steady and deep reduction of greenhouse gasses. Currently we are not on track to meet these mandates, so how can we reduce our global warming pollution in both a cost effective and realistic way? We understand the need for a whole suite of policies to protect Massachusetts from the dangerous consequences of climate change and we are certain that pricing carbon is key.

Carbon dioxide is a significant contributor to climate change. It is the principal greenhouse gas emitted from human activities, responsible for 84 percent of all greenhouse gas emissions. Human activities alone account for the nearly 30 billion tons of carbon added to our atmosphere every year. Massachusetts passed the Global Warming Solution Act of 2008 (GWSA)- mandating the state to reduce greenhouse gas emissions to 25% below the 1990 level by 2020, and to at least 80% below the 1990 level by 2050. While we are making progress, as a state we are not on track to meet those mandates. Recent assessments show that Massachusetts has reduced only 11% of its carbon pollution below 1990 levels. Additional new tools and systems are needed to keep our longer term mandate in our sights.

Economists, legislators, policy experts, and academics all agree the most cost effective way to make progress in reducing carbon pollution is through a carbon fee and rebate system. Clean Water Action is a founding member of an emerging coalition --the Massachusetts Campaign for a Clean Energy Future—uniting businesses, community, labor, health, faith, and civic groups statewide  to support legislation that puts a price on carbon emissions. With a tailored approach, the policy would serve as an additional tool in efforts to reduce carbon pollution, keep our energy dollars circulating in the local economy, create jobs, and accelerate growth of our clean energy sector.

What a price on carbon means for Massachusetts

Massachusetts needs smart policies that keep our energy sources clean, safe, and affordable. In 2015, then Governor Patrick authorized a study of carbon pricing under the management of the Department of Energy Resources–read the study here. The study found that existing strategies and policies will likely create a 19% reduction of emissions by 2020 which is still 6% short of the legal mandates set by the GWSA.

Virtually no transportation fuel comes from Massachusetts or is even refined here, we must purchase energy imports from other US states and foreign countries like Saudi Arabia, UAE, Kuwait and Venezuala.  As a state we spend approximately $20 billion annually on energy imports instead of keeping that money in our economy to help accelerate the growth of our clean energy sector. Pricing carbon makes sense for Massachusetts.  Proposed policies would implement pricing mechanisms to compensate society for the external costs of carbon like air pollution and increased health risks, making those that produce the most pollution pay more and those that use energy efficiently pay less. The proposed design is flexible and it encourages the development of creative new technologies.

For over seven years, the Canadian province of British Columbia has thrived under a carbon fee and rebate system. In April 2015, the MA Campaign for a Clean Energy Future hosted a delegation of government officials and business leaders from British Columbia to learn from their strategies and successes.  We learned how they initiated a fee on carbon, strategies on bolstering economic growth, and how to keep businesses competitive all while continuing to expand clean energy technologies. The delegation spent two days in meetings with elected officials, business leaders and participated in a public forum to educate Massachusetts residents about the province’s growth under a carbon pricing and rebate system.

How do we know the British Columbia carbon policy was successful? Look at the Numbers:

Since 2008 when British Columbia passed its carbon price legislation, their clean tech sector has expanded 50% including solar, wind, and geothermal technologies. The country saw a 9% growth in gross domestic product (GDP) while simultaneously experiencing a 16% reduction in fuel use while the other Canadian provinces experienced a 1% increase.

Many different legislatures understand the benefits of, and need for, a price on carbon. Legislative efforts to implement carbon pricing are currently underway in the states of Washington, Oregon, and Vermont. At this time, 14 countries with different energy sources, governments, and economic systems- like Sweden, Mexico, Costa Rica, and Japan just to name a few, have a fee on carbon (Figure 1). These countries understand how pricing carbon not only effectively reduces greenhouse gas emissions but also serves as a price signal, reflecting the cost of the damage carbon causes to our climate. Policy studies increasingly indicate the success of carbon pricing legislation. In fact, already more than 43% of the world’s GDP is produced in places that have carbon pricing, and by next year, it will be more than 50%.

Massachusetts has always been a leader when it comes to championing innovative ideas. Now, we have a chance to lead again, this time on what is arguably one of the most pressing issues facing our country, and our globe -- climate change. Analysis shows the best way to achieve additional carbon pollution reductions is to place a price on carbon emissions in a tailored policy that reflects Massachusetts’ climate, business, worker, equity and institutional needs.

There are currently two bills in the Massachusetts legislature, one proposed by Senator Barrett Bill H.2532 (An Act relative to shifting from carbon emissions to transportation investment), the other by Senator Pacheco Bill S.1786 (An Act to protect our environment and reduce the carbon footprint of the commonwealth) that if passed, would make the commonwealth the first state in the nation with a price on carbon. The two proposals would assess fees on the companies that import fossil fuels into the Commonwealth, creating an incentive for both fossil fuel suppliers and consumers to use cleaner fuels and to be more energy efficient. This policy tool is supported by economists as well as health advocates, environmental activists, labor unions, academics, and MA residents.

In a MassINC poll conducted last September 2014, Massachusetts residents indicated their support for legislation that combats the effects of climate change, like a price on carbon. The poll found that 63% of respondents strongly support updating the electric grid for renewable energy and that 55% of respondents support increasing incentives for business and individuals to generate their own renewable energy. The poll also found that “residents support a variety of policy ideas to combat global warming” even though they are much more likely to support broader actions than to change their own personal behavior to reduce carbon emissions. MA residents aren’t alone in their opinions, carbon pricing is working all over the world and continuing to expand into new countries and states. Massachusetts once again has the opportunity to lead the nation with smart policies on important issues.