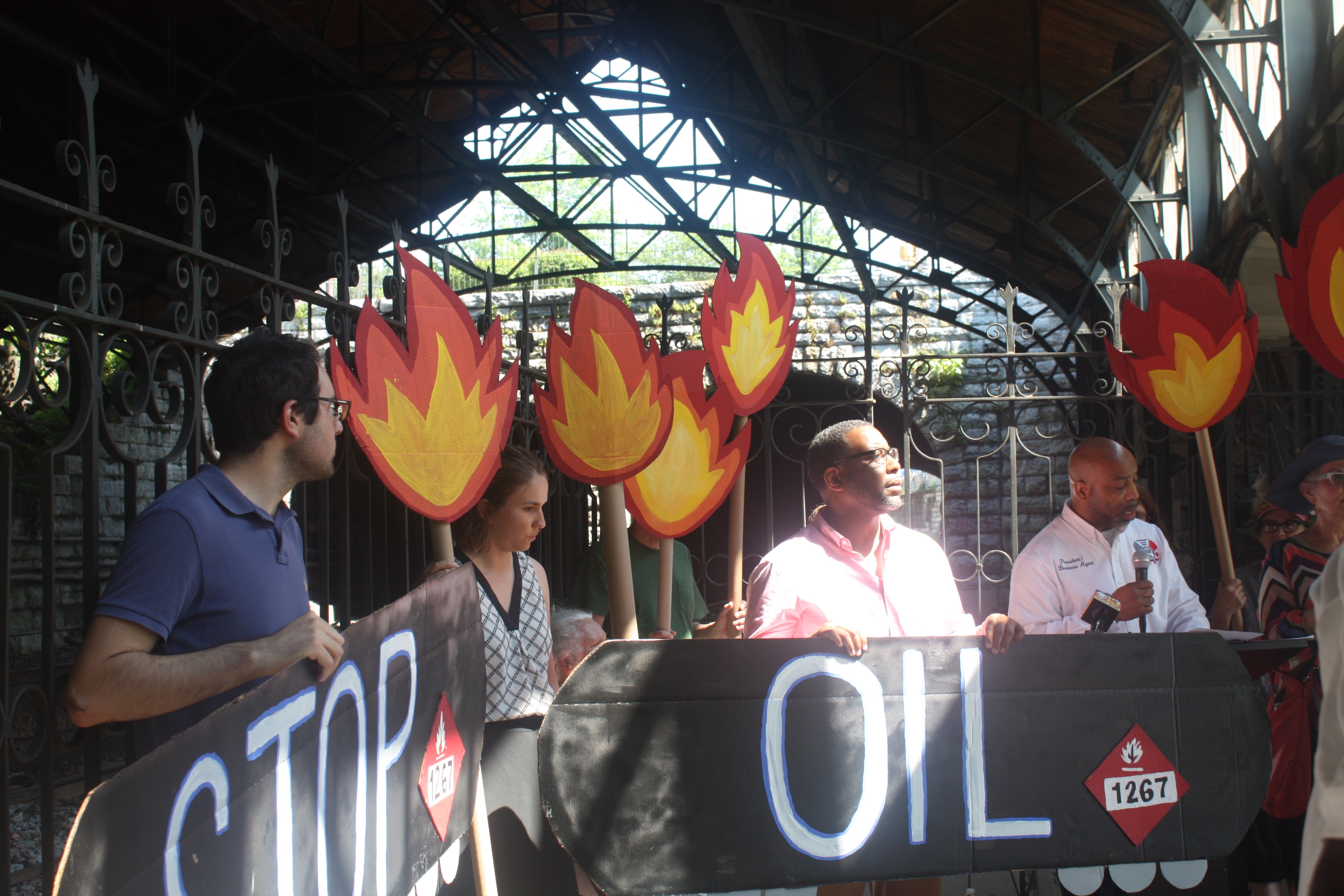 An Improved Howard Street Tunnel Should Serve Us All

The Sun was right to call for greater public transparency about rail traffic through the Howard Street Tunnel, as the public is poised to provide even larger subsidies to renovate it (“CSX back on track,” December 17, 2018). Our region’s railroads are critical to the health, safety, and economic development of Baltimore: a huge volume of commodities travel quickly and efficiently by rail, but bottlenecks like the Howard Street Tunnel restrict that flow. And, more importantly to Baltimore’s neighborhoods, aging infrastructure can create the risk of derailment. Already in Baltimore, we’ve seen the disastrous tunnel fire in 2001, the fortunately spill-less derailment at Mount Royal in 2016, and the collapsing blocks of 26th Street in recent years.

Greater investment in infrastructure can help our economy grow and make our communities safer – but with the potential for even more millions of public dollars to flow into subsidizing tunnel improvements, the public has a right to a robust stakeholder process, transparency around freight shipments, and measures to keep workers and communities safe.

There's a reason that "getting railroaded" is a well-understood expression.  Our history is full of instances where the public good was not included in rail projects.  To be sure, there is a powerful public interest in the safest and fastest movement of trains.  But that has not always been the driving force in the development of railroads.

There are many regional examples where railroad projects both have and have not included the needs of the workforce, communities and other stakeholders. A few years ago, CSX pursued similar renovations to the Virginia Ave rail tunnels in Washington DC to accommodate double-stack freight.  The elected City Council and the broader community were mostly excluded from oversight and constructive involvement.  Other oversight structures were steamrolled with a combination of political influence and legal brute force.  As a result, the neighborhood around that project continues to have unresolved problems with noise, destructive vibration and damage to homes that have required a recent public hearing chaired by Congresswoman Holmes-Norton.  The tunnels are not yet in full operation but community issues from the beginning remain unaddressed.

By contrast, renovations to the CSX Long Bridge over the Potomac River in Washington DC have been a relatively good example of both transparency and stakeholder inclusion.  That process is on track to future proof the needs of expanded passenger and commuter rail, expanded freight capacity while also advancing pedestrian and bicycle networks.

With so much public money and risk at stake, Baltimore deserves its interests to be served by this project, with concerns such as more transparency about shipments, expanded MARC service on CSX lines, safer road crossings, and better worker protections included in the long-awaited deal.

Worker and community safety is a significant public concern. Rail crews all across North America are working longer hours with fewer crew members and longer, heavier trains, increasing the risk of derailments. This unprecedented situation directly concerns Baltimore communities. If more rail traffic is to come, communities must not shoulder externalized costs, such as pollution, unsafe working conditions, and derailment risks - particularly with dangerous hazmats like volatile crude oil.

Earlier this year, Baltimore took prudent action by banning new or expanded crude oil terminals, which would have been an economically unstable and inefficient use of port and rail facilities and would have drawn dangerous crude oil trains to the city. But crude oil train shipments can still pass through Baltimore, as well as other hazardous cargo. Unsafe working conditions and insufficient federal regulations could still lead to a hazmat disaster in Baltimore, like the deadly crude oil train explosion in Lac-Mégantic in 2013. On January 9 at Red Emma’s Bookstore and Coffeehouse, the author of an acclaimed new book called “The Lac-Mégantic Rail Disaster: Public Betrayal, Justice Denied” will be speaking about how and why the lessons of that disaster remain mostly unaddressed today. Six years after the disaster that sparked so much attention on hazardous train shipments through Baltimore and elsewhere, it’s critical that we come together to learn from the example of Lac-Mégantic and demand better protections for Maryland workers and communities. RSVP here!

With public investment going into the Howard Street Tunnel, the public has an interest in seeing improvements to rail safety as well. This moment is both an opportunity and an obligation for Baltimore and CSX to complete a once-in-a-generation project the right way with safety and transparency first.