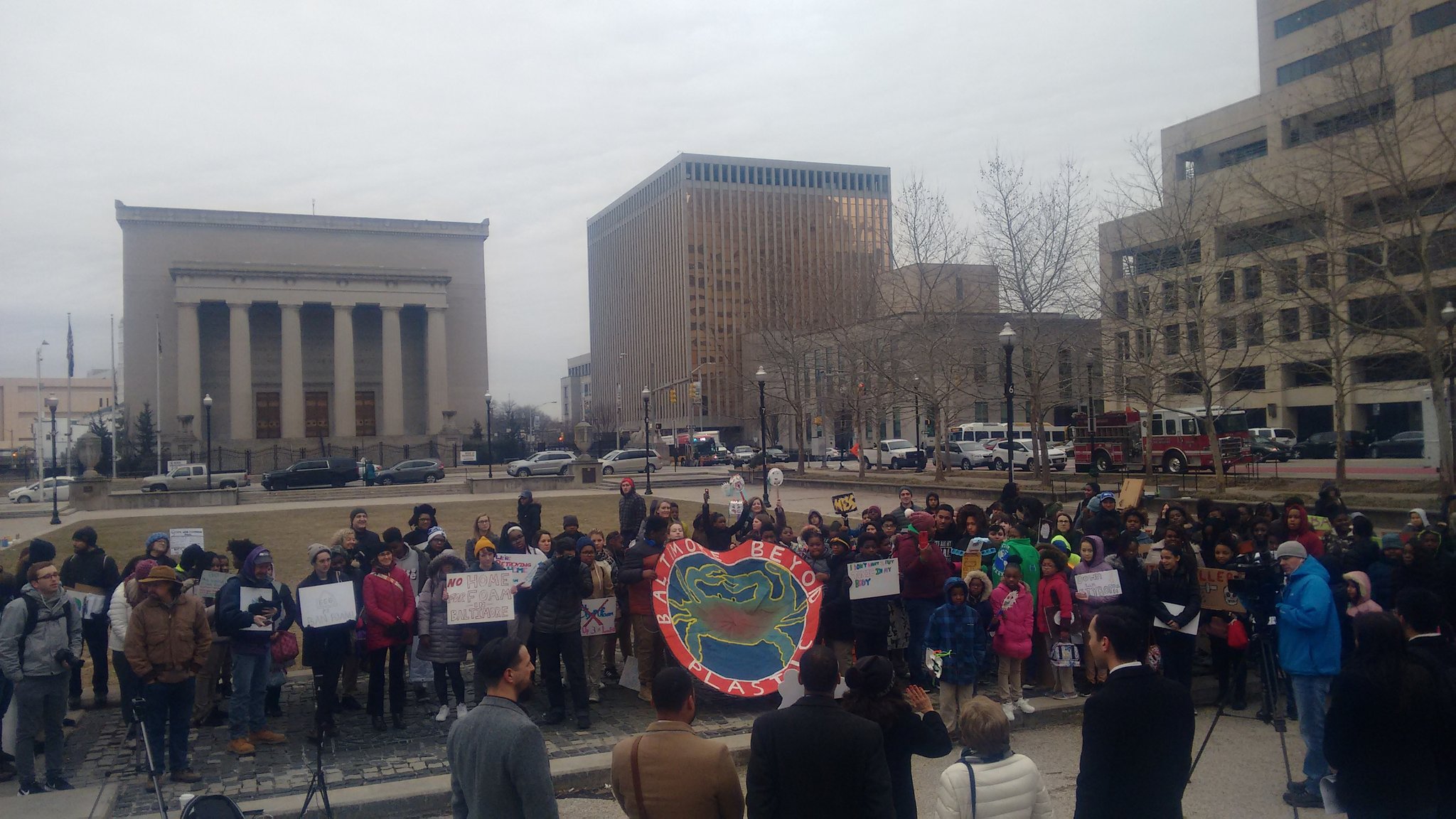 The fight for a foam-free Baltimore

This week, a bill to ban styrofoam food packages was approved by Baltimore City's Housing and Urban Affairs Committee.  Thanks to incredible organizing by the student-led group Baltimore Beyond Plastic, who brought hundreds of elementary, middle, and high school students to rally and testify in support of the bill, it received unanimous committee support.  Below are the comments we submitted on behalf of this bill.  Kudos to the kids who made it possible!

TO: Judiciary and Legislative Investigations Committee

Thank you for your consideration of Council Bill 17-0117, Food Service Facilities – Polystyrene Foam Products. Clean Water Action, as a grassroots environmental nonprofit that works with communities impacted by litter, water quality, and toxic air pollution across Baltimore, is excited to express our support for this bill. Polystyrene products are a threat to humans’ health and the environment around us at every stage of their life cycle, including their manufacturing, use, and eventual disposal, and banning their use is an important step Baltimore City can take to improve our water quality, air quality, human health, and progress toward Zero Waste goals.

Polystyrene is made using the monomer Styrene, a carcinogen and neurotoxin that increases human risk of leukemia and lymphoma. Workers involved in manufacturing polystyrene are exposed to Styrene as well as Toluene, Xylene, Acetone, Methyl Chloride, Methyl Ketone, and other dangerous chemicals. Once in food containers, Styrene can migrate from containers to food and drinks, especially in the presence of heat, fat, or acidic foods. Even if an individual in Baltimore takes every step to avoid polystyrene containers, they are still exposed to these carcinogens, as polystyrene containers that are properly disposed of are sent to the Wheelabrator trash incinerator. Eliminating the use of polystyrene foam products across the city will reduce city residents’ exposure to these toxic chemicals.

Polystyrene that is not properly disposed of also has a significant impact on Baltimore’s environment. Polystyrene is light by design and floats, so littered containers are picked up by the wind or rain, eventually becoming stuck in trees, caught in vacant lots, or washed down the storm drain system to the Inner Harbor. Left in the environment, polystyrene photodegrades instead of biodegrading: it breaks down into smaller and smaller pieces that remain persistent in the environment. This litter can be seen across Baltimore’s neighborhoods and is frustratingly difficult to pick up during community clean-ups; eliminating its use will make it easier for Baltimore’s many motivated neighborhood volunteers to keep their communities clean. If the rain carries this litter through storm drains to the Inner Harbor, like the 623,347 polystyrene containers that Mr. Trash Wheel has collected since 2014, it is still a significant environmental concern. Many researchers believe that even in a marine environment, petroleum-based products will never disappear. Eliminating them at their source is the only solution for protecting the environment from this persistent litter.

Prohibiting the use of polystyrene food containers in Baltimore City is a reasonable, appropriate, and necessary step that we can take to address the significant environmental and human health impacts of this product. On behalf of our over 8,000 members who live within Baltimore City as well as the communities downwind and downstream, we hope that you will support this bill and bring Baltimore City closer to a zero waste future.