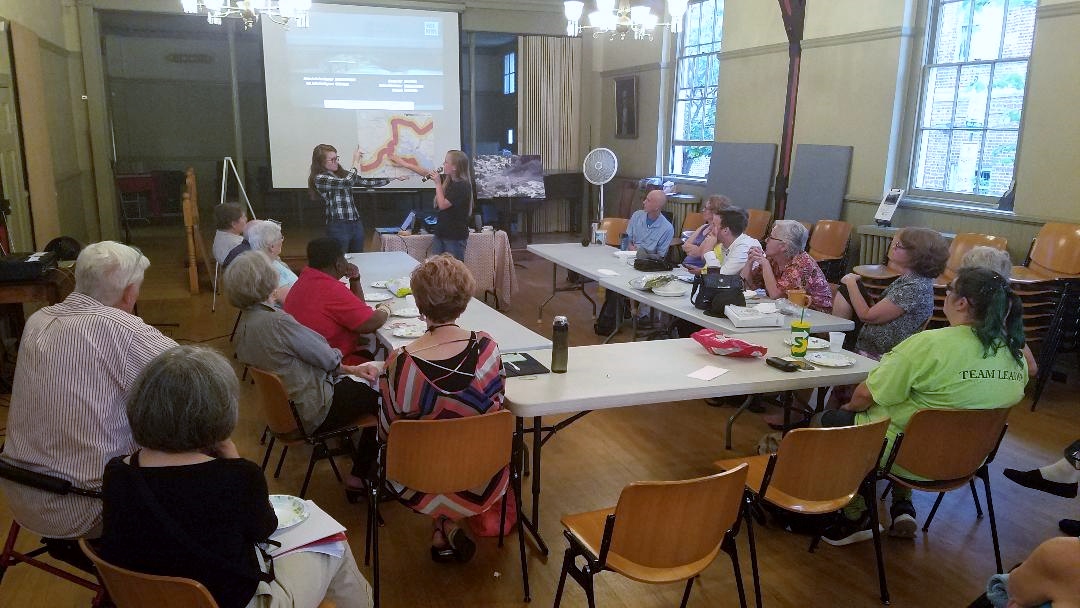 “Most of my district is within one mile of the tracks that crude oil has been transported on. I don’t want any more crude oil tank cars putting the neighborhoods in my district at risk.”

That was what City Councilman Ed Reisinger, who represents District 10 in Baltimore City, had to say after seeing what a crude oil train explosion would look like, sitting in a rec center in his district less than a mile from the tracks.  Three years in to the campaign against crude oil trains, we're still talking to people every day who didn't know that crude oil trains could travel through their backyards - or who knew, but felt hopeless to act.  So, through the month of September, we brought information about crude oil trains to communities across the Baltimore blast zone to make sure people are informed not just about the risks, but also about the opportunity to stop Baltimore from becoming a crude oil train hub for the whole East Coast.

A new documentary, produced and directed by local volunteer Travis Edwards, profiles some of the community leaders who have been fighting against crude oil trains in Baltimore, and some of the incidents in the past few years that could have caused a disaster.  So, we brought the documentary to six communities in the blast zone in all parts of Baltimore City - Curtis Bay, Brooklyn, Hollins Market, Mount Vernon, McElderry Park, and Highlandtown - along with a robust community discussion about how Baltimore can fight back against crude oil trains.  Cities can't regulate train traffic, but they can regulate train terminals, and it's within Baltimore City's power to freeze crude oil train terminal construction to prevent new terminals from being built and drawing new crude oil train shipments through our neighborhoods.  And on October 16, a bill to accomplish just that will be introduced in the City Council - with Councilman Ed Reisinger's support.

Watch the documentary here, and click here to send a message to the City Council: it's time to take action against crude oil trains.