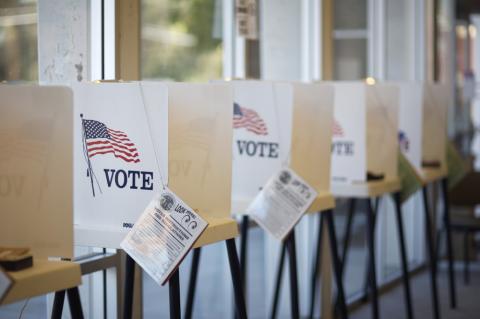 The ability to participate in free and open elections is a cornerstone of democratic government. States should focus on protecting the freedom to vote, not placing additional barriers to voting. Unfortunately, instead of ensuring that all voices can be heard, leaders in the state legislature are working hard to pass anti-voter bills.

Texas already has some of the most restrictive voting laws in the country in elections among all states. Yet Republican leaders in the Texas Legislature are fast-tracking bills that will enact even more barriers and restrict Texans’ freedom to vote.

Senate Bill 7 has already passed the Senate and is awaiting action by the House. SB 7 would:

House Bill 6 will likely be voted out of committee soon and then go to the full house for consideration. HB 6 contains similar provisions to SB 7, and would also:

Other measures under consideration at the Legislature would strip local authorities of their ability to manage elections and place it in the hands of the Secretary of State, a position filled by the governor; require proof of disability before anyone younger than 65 could receive an mail-in ballot; and mandate periodic purges of voter rolls.

For our democracy to truly work, it must include all of us. But, taken together, these anti-voting bills would make it harder to vote and make our democracy less inclusive.

Send a message to your legislators today!
​