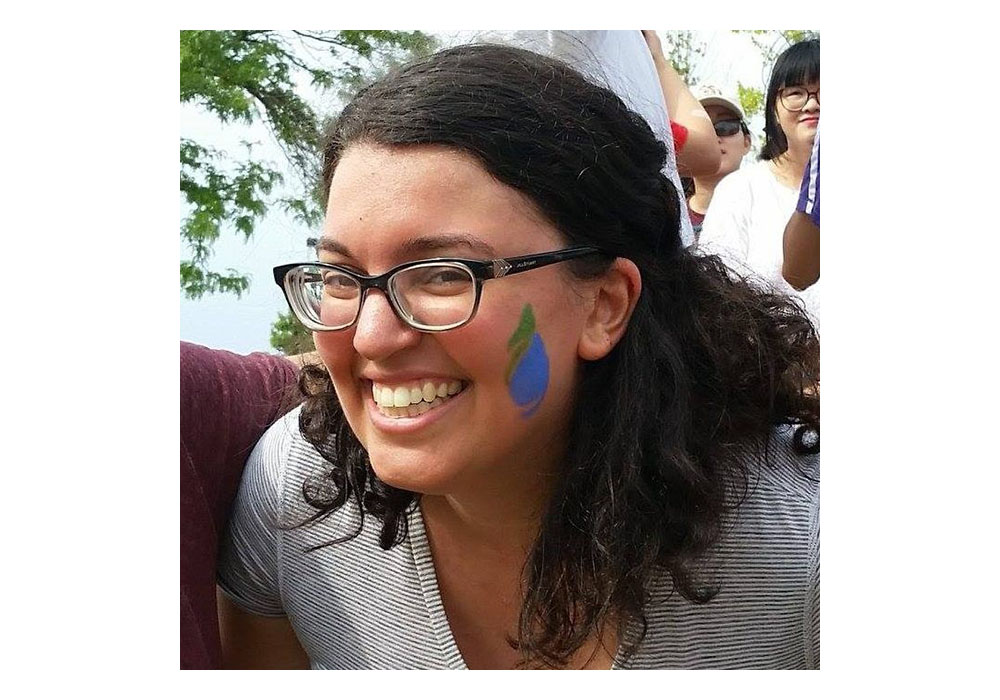 Author’s Note: I recognize that there is a long ongoing debate between the terminology that is used to refer to individuals from Latin America (e.g., Latine/Latinx) and individuals with Spanish Heritage (i.e., Hispanic). I utilize the gender-neutral term “Latine”— a term created by Spanish-speakers and one that is recognized in many Latin American countries.

Growing up with a Puerto Rican family, and in a predominantly Puerto Rican neighborhood in Chicago, my Latine identity has always been important to me. It has served as a lens through which I make sense of the world, its problems, and solutions. In school for environmental science, though, I remember feeling extremely isolated and alone when none of the examples reflected people like myself or my family.

As I began to meet and work with other Latines and BIPOC individuals in the environmental space, I found that others shared these same feelings of isolation and tokenism, or being included to create the appearance of diversity rather than due to a desire for structural change that supports meaningful participation of diverse perspectives. I knew that our underrepresentation wasn’t that we didn’t care about the environment, but perhaps how we thought about and engaged with environmental problems looked different from the mainstream examples and activism that are highlighted in the media. I decided to dedicate my research to understanding the ways in which U.S. Latines think about environmental problems and the role of culture, identity, and immigration on U.S. Latine environmentalism.

In honor of Hispanic Heritage Month, I wanted to take the time to highlight how environmental problems look different for U.S. Latines based on my interviews with 42 Latine adults living in different cities including Miami, New York City, and San Antonio.

When I first started exploring Latine environmentalism in Chicago, I distinctly remember one of my cousin’s reactions, “Why are you studying that? I can tell you that [Latines] don’t care about the environment. We don’t recycle.” At the time it was disheartening, but this narrative is not uncommon to hear. For decades, the environment, and even what environmentalism looks like, has centered the experiences and behaviors of predominantly white and wealthy individuals in the U.S. (Schlosberg, 2007).

In my interviews, I asked Latines to identify the environmental problems that impacted their community.  They shared problems we would traditionally think of as environmental such as climate change, pollution, and litter but also issues that are more people-oriented or social in nature including gentrification, health, and poverty. For almost all of the individuals I interviewed, they saw environmental and social issues as interconnected.

Activists and scholars have explored this connection between environmental and social problems—a concept that is commonly referred to as environmental justice. Under this idea, social problems such as racism, poverty, and education are closely linked to a lack of access to healthy food, exposure to toxins, and impact from natural disasters. A young professional I spoke with explained how race intersects with environmental problems like climate change:

"So of course, they're interrelated for sure. And inextricably tied, I would say because, you know, essentially everything in America is tied to race in some respect, given, you know, what I spoke to about the systems being structured as they are. So, for climate specifically, I think we talked about it already in a certain extent, right. So, the poorer communities have less resources to really combat some of these challenges, where, you know, what people typically make up these, you know, less well off communities? Typically, minority folks. And so, naturally, they're bearing more of the brunt of that burden because they don't have the resources to protect themselves."

From their perspective, historic and continued inequities and injustices in terms of who has access to resources, who is able to take part in critical decision-making, and whose voice is respected play a critical role in the impact that environmental problems have on poor and BIPOC communities. As a result of these inequities, communities and individuals, while they may care about environmental problems, may not have the time or energy to focus exclusively on them at the expense of other systemic problems. Another interviewee discussed this:

Latines are concerned about environmental issues, but systemic issues of inequality and injustice can require them to focus their time, energy, and resources on more immediate needs such as food, housing, education, and safety rather than participating in spaces dedicated exclusively to non-intersectional environmental organizing.

From my interviews and other research, we see that stereotypes of environmentalism as “white” have excluded the views and practices of Latines from environmental narratives. Put simply, it is not that Latines do not care about the environment, but that the work they engage in sits at the intersection of social and environmental problems which is not always labeled as “environmental.” As we close out Hispanic Heritage Month, I encourage individuals to learn more about local environmental justice movements and organizations such as GreenRoots, explore the amazing work of current Latine environmental organizations (see Latino Outdoors, GreenLatinos, UPROSE, LVEJO, and La Madre Tierra), and share what you learn with your family and friends.

Sarah Naiman is a Senior Consultant at Opinion Dynamics where she utilizes her social science training to evaluate equity practices in energy efficiency workforce development and energy efficiency programs across the country.  Sarah received her B.S. in Environmental Science from Loyola University Chicago where she began her research on Latine environmentalism and environmental justice She then continued this work while receiving her PhD in Conservation Social Science from Cornell University in 2021. Over the last 7 years, Sarah has collaborated with researchers, students, practitioners, and community members to conduct interviews, surveys, and focus groups for various organizational and academic projects including 1) gaining a baseline understanding of how U.S. Latines conceptualize environmental problems and their solutions 2) identifying organizational needs and priorities, and 3) evaluating the effectiveness of environmental education and outreach programs. In 2018, Sarah was awarded a graduate fellowship to work with members of Clean Water Action’s Boston Office on their Clean Energy Campaign and Environmental Justice Coalition work where she documented the experiences of community members following the closing of the coal power plants across the state. Outside of her work as an environmental social scientist, Sarah has dedicated her spare time to serve as a leader and advocate for improved diversity, equity, inclusion, and justice efforts within the environmental sector.