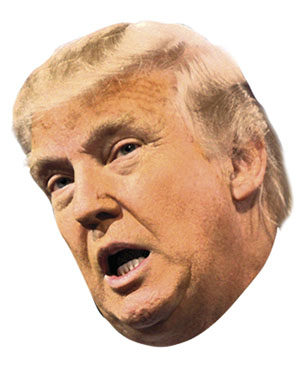 Trump’s FY 21 Budget: The worst budget for water. By the worst president ever

An administration’s budget is a clear sign of its priorities. The Trump administration's fiscal year 2021 federal budget is exactly what you’d expect from a President who has proven countless times he doesn’t care about protecting our health, water or environment. This president was already the worst ever for the environment and our water, attempting to roll back some 100 environmental regulations, including dismantling the Clean Water Act, piece by piece.

But his FY21 budget goes even further. It’s a document that clearly says to the world: it can get worse. Congress must reject it wholesale.

We already knew that Trump could do without the Environmental Protection Agency (EPA). He’s proposed huge cuts to the Agency’s already small budget each year he’s been in office. He put a coal lobbyist in charge. But this year, he’s gone even further. The proposal goes after EPA with the largest cut to any department—a staggering $2.4 billion, or 27% cut—from current levels to $6.7 billion. This  would bring its budget to the lowest total since the 1980s (adjusted for inflation) and would leave EPA with its smallest workforce in 30 years.

This year’s budget is the worst yet for water -- it calls for $780 million in new cuts to the largest source of federal dollars for water infrastructure, the Clean Water and Drinking Water State Revolving Funds. I guess infrastructure week is over. In all, the proposal slashes EPA funding for water programs and grants by more than $1.3 billion. $172 million in vital grants to states that help protect water from non-point source pollution, like agricultural and stormwater runoff? Totally gone. Funding for states to help water systems deliver safe and reliable drinking water? Cut by $38 million (a 36% reduction). The popular and successful Chesapeake Bay program? Slashed by 91%, leaving just $7 million for cleaning up the country’s largest estuary.

These cuts won’t just mean that EPA is doing less to protect our water, they also hit state and local governments and drinking water systems hard. States where Clean Water Action works would lose out on federal funding, leaving taxpayers and ratepayers holding the bag.

For example in the State Revolving Funds alone:

And in addition to cuts to water programs, Trump wants to slash EPA’s budget for enforcement, research and environmental justice, and many more programs which are all important to ensure water protection for everyone.

The bad news is that we are enduring the worst President for our water in history and the damage will take years to fix. The good news is that Congress can reject this radical budget proposal, and that Trump is making it crystal clear that he’s terrible. And voters can just look at this budget, and the rest of his dirty water agenda, in November to see how bad he is, and then make sure this is the last terrible budget we ever see from him.