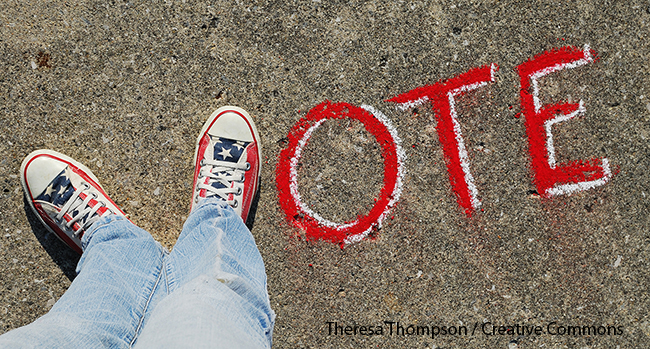 For a little over a year, the eyes of the nation have been fixated on the handful of state and federal special elections that have taken place around the country in districts President Trump easily won. These races have been viewed as litmus tests of his popularity and support for his agenda.

A congressional district in southwestern Pennsylvania, just outside of Pittsburgh, is the latest special election to have a national spotlight.  Thanks in part to the current political climate, the seat is viewed as a tossup by the Cook Political Report heading into the March 13th special election.

Clean Water Action took an interest in this race even before it attracted the attention it has because it has been ground zero for fracking. For me, the race has also taken on an added importance because I’m one of roughly 14,000 current and recent Clean Water Action members who live in the district.

Some of the votes he cast during this timeframe include:

We can’t afford to send someone to Washington, D.C. who demonstrates continued disdain for the safeguards that protect our air, water, and health.

When you combine his abysmal track record on environmental issues with his public boasts about being “Trump before Trump was Trump” it’s clear that Rick Saccone will further the dangerous actions of the Trump Administration. I believe that my fellow residents in Pennsylvanian’s 18th Congressional District want the exact opposite. We’re looking for leadership and representation that’ll stand up to the administration’s dangerous environmental policies of pulling out of the Paris Climate Accords and rolling back Clean Water Act protections for our rivers and streams.

Rolling out an anti-endorsement of someone’s candidacy is unusual for us but we felt it is our responsibility to make sure our members and supporters were aware of Rick Saccone’s dismal track record on the environment. As President Kennedy said “in a democracy, every citizen, regardless of his or her interest in politics, 'holds office'; everyone of us is in a position of responsibility; and, in the final analysis, the kind of government we get depends upon how we fulfill those responsibilities."

If you’re a fellow resident of the Pennsylvania 18th Congressional District, I hope you’ll join me in getting out to vote for the environment and future generations in the March 13th special election. Polls are open from 7:00 a.m.-8pm. To find your polling location click here.