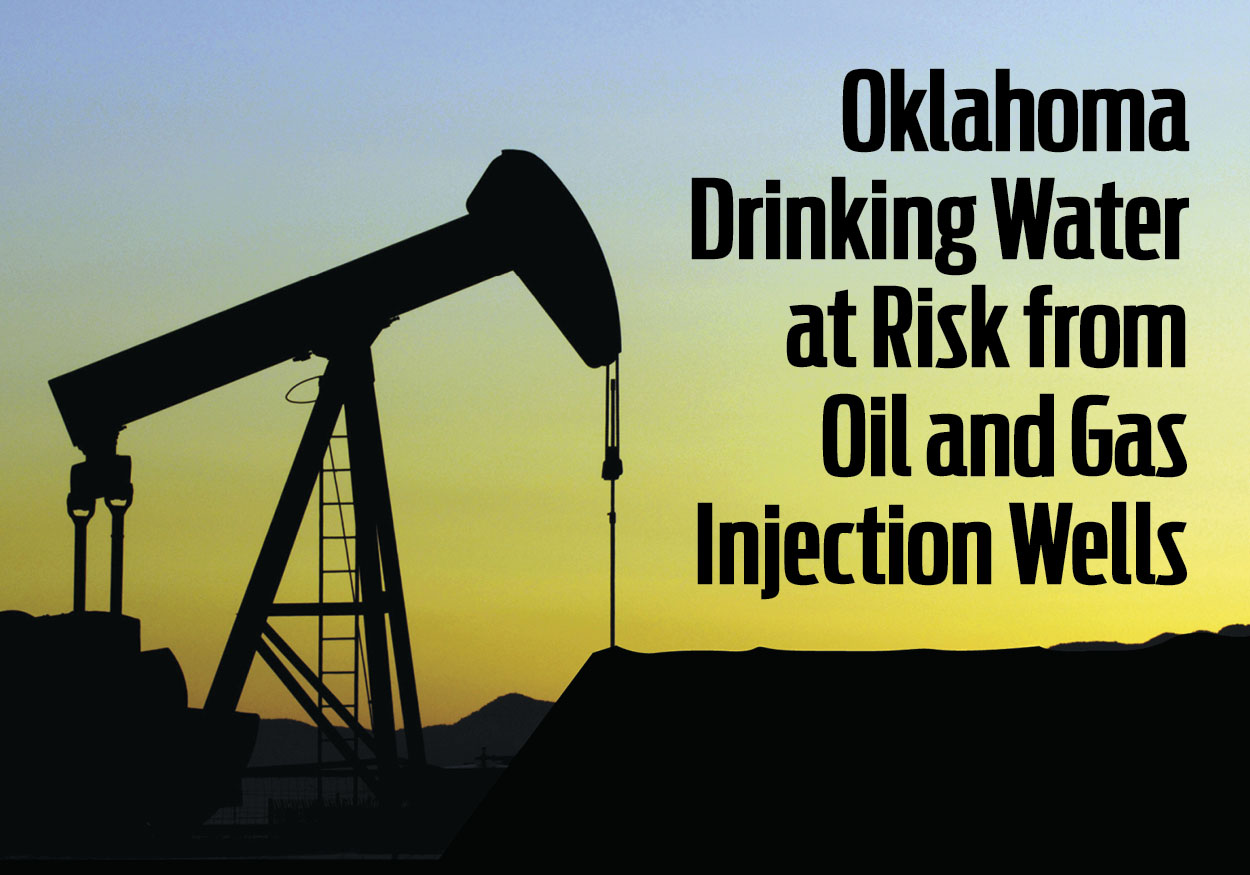 Oklahoma groundwater at risk. Trump and Pruitt want to make it worse.

A new report released by Clean Water Action has exposed major problems in Oklahoma’s oversight of the oil and gas industry. In addition to causing a huge spike in earthquakes, now it appears that injection wells may have also contaminated potential drinking water sources. The new report found that Oklahoma regulators have used a flawed methodology for locating high quality groundwater and in some cases have ignored their own rules. The result: at least 18 injection wells, and potentially many more, appear to have injected directly into high quality aquifers that are supposed to be protected under federal rules.

While Scott Pruitt, the new EPA Administrator has been pushing a state-centric approach to environmental “protection,” the failure of his own state to rein in oil and gas pollution is a reminder that passing the buck down to the local level, coupled with starving of federal agencies’ budgets can lead to disastrous results. Let this be a warning against the Pruitt/Trump approach to environmental policy.

The Safe Drinking Water Act’s Underground Injection Control (UIC) class II program requires that underground sources of drinking water (USDWs) be protected from injection of oil and gas waste and other fluids. But the revelations in Oklahoma add to a growing body of evidence that state and federal regulators have come up short of this mandate, and often lack the resources to protect vital water resources.

Enforcement of the UIC class II program, which oversees oil and gas injection wells, has been delegated to the states in most cases, meaning that state oil and gas regulators have been tasked by EPA with the permitting and regulation of injection wells. The federal role in regulating this industry has been reduced to providing limited amounts of funding in the form grants to states, and minimal guidance and oversight to state regulators. This arrangement isn’t working.

The federal UIC budget is already critically underfunded. Despite nearly 200,000 oil and gas injection wells across the country, the federal budget for the entire program (which also includes injection wells used for other industries) only provides $10.5 million in grants to states. Lack of funding has contributed to a host of problems (as detailed in this GAO report), including a lack of basic information, insufficient staffing and expertise for inspections and program reviews, and failure to actually enforce violations and fines.

This under resourced, state-centric approach has led to massive failures in at least three states. In California, regulators discovered that thousands of wells may have been permitted to inject into USDWs. Over the last two and half years, the California has scrambled to reform its program, working with EPA to shut down illegal wells and rewrite its rules for permitting wells and exempting aquifers. In Texas, a Clean Water Action investigation uncovered that the state has neglected federal rules and has, in at least a few cases, and possible many more, allowed injection into protected aquifers. We still don’t know the extent of the problem in Texas, and regulators have yet to even admit they have a problem.

Now in Oklahoma, Scott Pruitt’s home state, it appears that state regulators blindly let oil and gas companies inject without understanding the quality of underlying groundwater, ignoring their primary responsibility under the law. Time will tell how big of a problem this turns out to be.

Pruitt and Trump want to limit EPA’s power to oversee the oil and gas and other polluting industries. They want to leave it to the states and cut off EPA’s funding stream, using the false claim that states do it better. The recently leaked EPA budget proposal calls for a 30% cut, from $10.5 to $7.3 million to the UIC program grants to states, among numerous other cuts across the agency. Slashing this already underfunded program is not the answer. EPA needs more resources to protect our water, not less, and states need access to EPA grants in order to do their jobs.

When EPA programs are underfunded and federal regulators don’t have the ability to step in, pollution happens. The failure of states and EPA to implement the UIC program has put drinking water at risk, allowing the oil industry to operate as it sees fit. But this problem could apply to a number of other programs and issues. The UIC program is a clear example and should serve a warning against the states-first, and underfunded, EPA vision of the Trump administration.