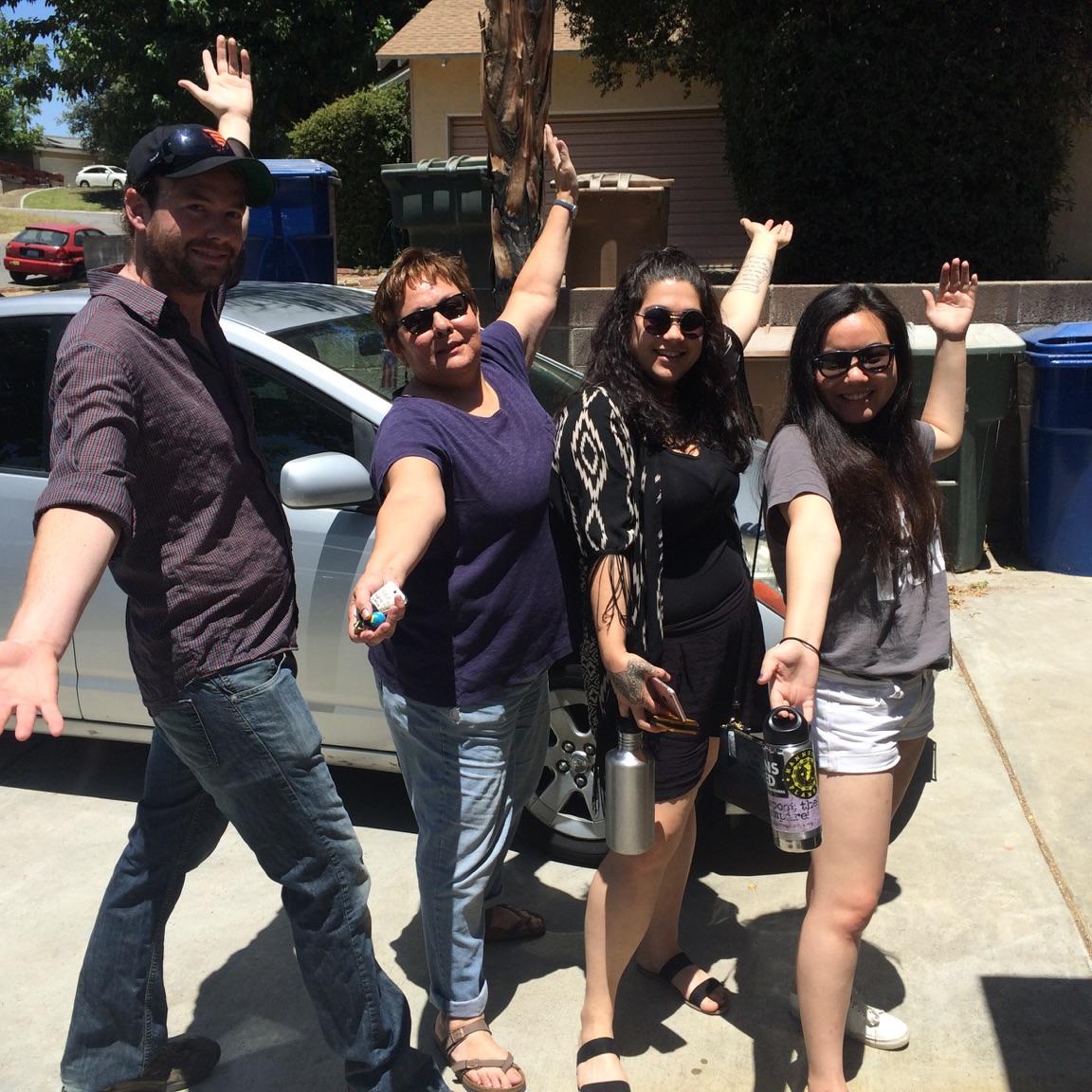 When ordinary people makes plans for the 4th of July weekend they don't typically think of Kern County as a destination.

Alex Hartnett, Shanna Serrano and Zolboo Namkhaidorj aren't ordinary people. They are Clean Water Phone Canvass staff on a mission to learn first hand what's happening in Kern County. They took me up on an invitation to come for a visit, where I work for the organization.

Plans fell easily into place with a couple of emails and the assurance that "mi casa es su casa." And so the trio left Oakland Friday night after a full day of work. They arrived in Bakersfield after midnight with the temperature a balmy 99 degrees.

The purpose of the trip was for the phone canvass staff to get an up-close and personal look at issues that they often discuss to engage members and mobilize them to donate and take action. It's one thing to receive a briefing, it's quite another to see what really happens in the field.

Up at the crack of dawn, the team discussed the itinerary over pan dulce, fruit and coffee. First stop on the toxic tour was the Panorama Bluffs, overlooking Chevron's Kern River Oil Field. The plan was to follow the water from the Kern River where it flows through the Chevron Oil Field, past the steam plant through the underground pipes to the Cawelo Polishing Ponds.

As is the case with most holiday weekends, the team had few barriers getting into and out of the oil field, past abandoned above ground tanks and around some tanks that were surprisingly still in use. The rusted-out tanks smelled of crude and were oozing gunk as engines chugged and spit out what little power they had left.

Cell phone cameras at the ready Alex, Shanna and Zolboo captured several disturbing scenes. When we reached the Polishing Pond we saw that most of the pond was blocked from view by slats covering the chain link fence. The temperature reached 105 degrees, and the stench of "volatile organic compounds" (VOCs) was undeniable. It may not be easy to peek through the slats for a clear view, but there was no mistaking the acrid smell. Good idea to have disposable masks on hand.

From Cawelo we moved across the street to where the polished water spills out into a canal and is pumped north to Highway 46 & Famoso Rd. The water line was higher than normal. Globs of black sludge and the smell of crude made us step back from the fence. We drove the final seven miles to the irrigation canal where Cawelo Produced Water is mixed with groundwater and pumped out to farmers for irrigation of crops.

We learned from local almond farmer and activist Tom Frantz that the water level in irrigation canals is usually higher at this time of year to meet demands of the season. He mentioned there is a new source of produced water, in addition to Cawelo Polishing Pond, being introduced to ground water near 7th Standard Rd.

As the day wore on and the heat increased to 110 degrees, we made our way to Lost Hills to check on the Dylos Air Monitors, tracking sources of pollution from Highway 46, pesticides from agriculture, and VOC's from Chevron Processing Plant and the Lost Hills oil field.

We visited Don Eusebio and his wife whose tiny trailer garden boasts some of the most beautiful fruits and vegetables in town.  The team promised to return in a few weeks to help harvest zucchini, tomatoes and tomatillos.

My intention in sharing our weekend experience is two-fold:  First to thank Alex, Shanna and Zolboo for their commitment to expanding their knowledge about a Clean Water program they've heard about but not seen, and driving all the way to Kern County; Second, to show the value in cross-fertilization between the program side of our organization, and the canvass side.