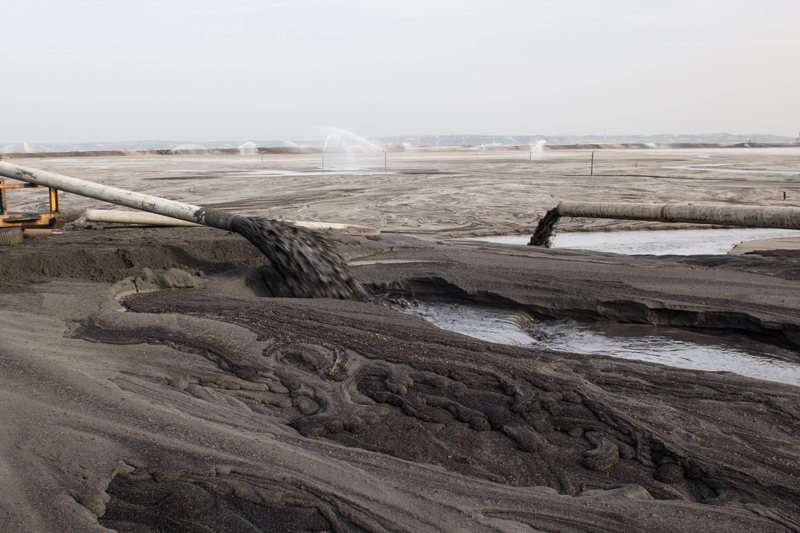 Virginia Conservation Network in partnership with Clean Water Action, the Virginia League of Conservation Voters, and EarthJustice released a new report that is the first comprehensive examination of coal ash sites in Virginia and regulatory options for managing coal ash disposal practices.

The report clearly demonstrates that every major region of Virginia contains coal ash ponds that are leaking, unstable and have exceeded their projected lifespan by an average of seven years; creating the potential for major environmental catastrophe. Download the report here.

Coal ash, industrial waste generated when coal is burned for energy, is the second largest source of waste stream in the U.S. A long list of harmful heavy metals, including arsenic, mercury, nickel, lead, cadmium and selenium, are found in this waste stream. Human exposure to these metals, even at low levels, has been linked in scientific studies to cancer, respiratory problems, neurological difficulties and gastrointestinal disease. Numerous documented cases of coal ash contamination of groundwater, surface water, and drinking water sources have occurred in the Commonwealth, posing a danger to the health of Virginians and our environment.

Why has this happened? Aren’t there safeguards in place to protect us? The problem is coal ash disposal sites are almost always located in close proximity to rivers, creeks, and streams because coal-fired power plants require large quantities of water, and operators typically dispose of coal ash on-site. Many of these coal ash waste sites are not lined or capped (to prevent leaching of heavy metals) because they predate both modern state and federal solid waste disposal safeguards. In addition, current Virginia regulatory programs continue to lack many basic safeguards to prevent coal ash from polluting water, air and endangering communities.

The reason for this is that the industry has fought for decades to block pollution control standards such as storing coal ash in dry landfills that are properly lined and sited far away from water sources, monitoring to ensure contaminants don’t leach into surface or groundwater, and covering waste sites to prevent the blowing of toxic dust. Coal ash, scientifically speaking, is absolutely a hazardous waste, and classifying it as such would address many of the storage problems we currently face. Under pressure from utility companies, the Environmental Protection Agency (EPA) decided in 1993 and 2000 that coal ash should be regulated as a non-hazardous waste and be subject to the same disposal guidelines as household garbage!

In response to several catastrophic coal ash spills such as the 2008 Kingston Fossil Plant disaster that dumped over a billion gallons of toxic slurry into two Tennessee rivers and buried several homes, the EPA issued the first-ever federal coal ash regulation in December 2014. Although the proposed coal ash rule addresses some of the current lax state regulations regarding coal ash storage, EPA and the Obama Administration once again caved to lobbying by utility companies and failed to classify coal ash as a hazardous waste. So what can we do?

What’s at stake is the drinking water sources for millions of Virginia residents. In August 2014, the Virginia-Pilot documented the presence of arsenic in groundwater at a Chesapeake, VA coal ash site at up to FORTY TIMES the state’s safety standards. Water testing at the Possum Point Power Plant in Dumfries, VA showed that heavy metals continue to leak from coal ash ponds nearly fifty years after the last deposit of new waste. The 2014 Duke Energy coal ash disaster in North Carolina impacted the drinking water sources for Virginia communities downstream from the spill, and reminds us that these ponds, especially as they age, are disasters waiting to happen.

As long as coal ash remains along the banks of our waterways, it will continue to leak dangerous pollutants into state waters. The Virginia General Assembly must not allow any further weakening of existing state protections to coal ash, and must strengthen and enforce state protections. Coal ash ponds require strict permitting and siting requirements, and the state should require the removal of all coal ash to dry, lined storage facilities away from our rivers and drinking water supplies.